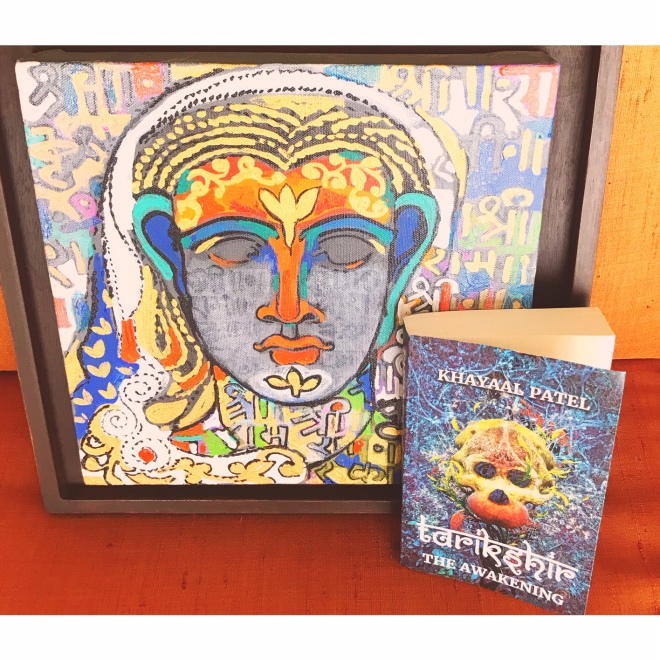 MY REVIEW: I was provided with a copy of this book in exchange for an honest review.

The story begins on an interesting note describing the chamber of Ravan, after he was killed by Lord Rama. A greedy gibbon, Valikesh, is in the search of spoils from Ravan’s chamber and finds a gem with mysterious powers that sends Valikesh to his doom.

The story moves forward in time to the year 1826 to British ruled India and the kingdom of Devangarh that is stubbornly holding out against the British. The kingdom is ruled by Raja Ravindra who is determined not to surrender to the British.

Rudra, the crown prince, is just sixteen years old and suddenly finds himself the king of Devangarh when his father is killed in a skirmish against the British. Strange deaths and even stranger characters keep popping up in the story as Rudra struggles to come to terms with his new position and his father’s death.

Are the Red Tigers on the side of the Rajputs or not? Who is the strange hooded figure that Rudra keeps seeing? Can Rudra trust Shen-Zou and Duryadutta? Who are the Sons of Hanuman? What powers does his father’s gem have?

These are just some of the questions that Rudra grapples with as events speed up and flesh eating zombies become a great danger. Can Rudra stop the zombies as well as the Tarikshir from being unleashed? Does the answer lie in his grandfather’s diary or elsewhere?

‘Tarikshir’ is a fast-paced thriller filled with constant action. The ending is a real bolt from the blue and leaves behind the probability of a sequel. I recommend ‘Tarikshir’ to readers as a real page-turner of a novel!

I am a voracious reader and am always in the middle of a book. I am also obsessed with coffee, makeup, skincare and fitness, though not necessarily in that order! View all posts by lattesandlipsticks15